Find out about some actions and news about climate change. We welcome your suggestions. Suggest here. 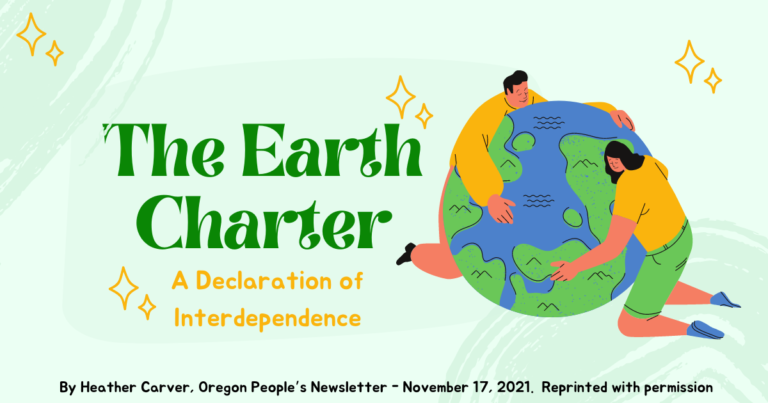 By Heather Carver, Oregon People’s Newsletter - November 17, 2021. Reprinted with permission You may remember the end of the song Imagine by John Lennon —     I hope someday you'll join us      And the world will live as one.  Well, that’s kind of what I imagine for the People’s Party. That we can learn to collaborate for the common …

END_OF_DOCUMENT_TOKEN_TO_BE_REPLACED

In the video below, Amy Goodman of Democracy Now interviews 2 Indigenous people who are actively involved in the People vs Fossi Fuel action in Washington DC (Oct 11-15, 2021). They are: Siqiñiq Maupin, with Sovereign Iñupiat for a Living Arctic, and Joye Braun, with the Cheyenne River Sioux Tribe and the Indigenous Environmental Network. Joye Braun was deeply involved in the Standing Rock …