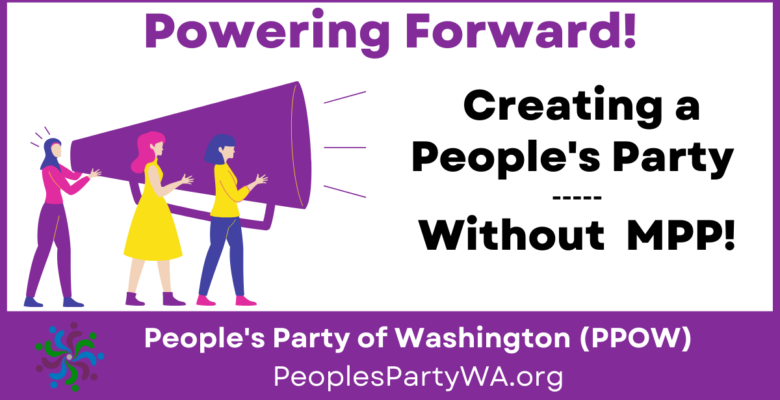 This saga began about 4 years ago with a rallying call from Nick Brana and the Movement for the People’s Party (MPP) to create a political party in the United States committed to democracy and transparency. Because the duopoly has obviously failed us, thousands of people answered the call to create a new major political party that would fight for people over profit. MPP promised to create such a party.

They promised democracy, transparency and to include volunteers’ input and participation.

MPP Leadership has exhibited a constant and continual disregard for its own rules and promises.

They unequivocally failed, even after repeated pleas over the years by hundreds of volunteers, to honor their rules and promises. Instead, many volunteers were ignored or banned from participating.

MPP spent resources and energy on the national level instead of creating parties in each state. Establishing state parties should have been their priority given that a minimum number of state parties must be established before a national party can be formed.

The hopes that many of us originally placed in MPP have died. However, our commitment to forming a true People’s Party lives on.

Current and former MPP volunteers have created the United People’s Assembly (UPA) to build a new major party of the people. Currently, the UPA has representatives from many states who are actively working to create democratic and transparent People’s Parties in states that will be united by a national People’s Party.

UPA, unlike MPP, is a welcoming community that invites rather than excludes, that is transparent, democratic, and gives voice to the people.

We invite you to join us to make PPOW stronger and to help create a national party of, by, and for the people.

Come fight with us!

Discover More About The People’s Party of Washington

Find out about who we are, what we stand for, as well as our newsletter, volunteer opportuniites, and more