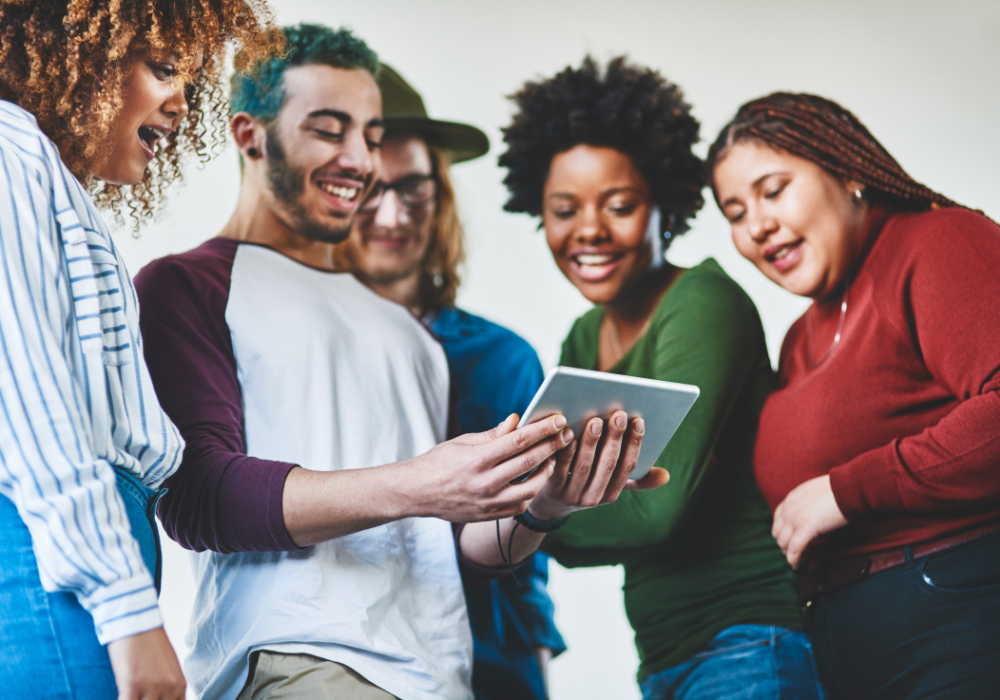 We envision a future in which every human being is empowered with the freedom, the opportunity, and the resources necessary to achieve their full potential on a flourishing planet Earth where all beings thrive.

To make our Vision a reality.

DIGNITY – We believe all people have inalienable rights to be recognized for their humanity and to be treated ethically. Furthermore, we believe that those who have been wronged by public action should be made whole by public action.

LIBERTY – We believe that provided the collective rights of society are not diminished, individuals should be free from arbitrary and unreasonable restraints upon their personal will.

SECURITY – We believe that society should provide for the common good and domestic safety of its members and safeguard their rights to dignity, liberty, and equality.

STEWARDSHIP – We believe that society should protect and improve conditions for future generations, the environment, and all its inhabitants.

Discover What Our Supporters Are Saying 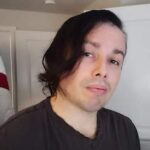 “I have hope. The People’s Party of Washington gives me hope. I do not have faith in the current political system. Despite having a majority in both houses and the Presidency, the Democratic party has stymied. The supposed reincarnation of FDR seems to have just morphed into Reagan 7.0. Our desperate work to help Georgia win two Senators seems for… naught as Sinema and Manchin always get things ruined while never being punished for it. The progressive caucus has revealed it will politely ask the establishment Dems if they can stand their ground, refusing to fight for little folk despite us asking so often. That’s why I believe in People’s Party of Washington. They are Us. People who feel left behind. Folks that see the obvious injustices in our systems. Workers wanting to help workers. American citizens together. Why wouldn’t you support that? I support any organization that shows solidarity, that fights for everyone, and believes in fairness. I believe in the People’s Party because they give me hope.” Read more “” 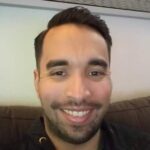 I’ve been interested in politics since I was 4, when I wrote President Bill Clinton a letter begging him to prevent global warming. Fast-forward 30 years and now we’re staring down the barrel of a climate crisis because the people who run both parties are too corrupt and cowardly to address it. I’m working to build a People’s Party because… D.C. politicians represent their donors more than their voters. It’s time to take down the permanent political class and make our government work for us! Read more “” 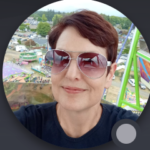 “I’ve been politically active my entire adult life. I registered to vote at age 18 and never looked back. In the 1980s, I marched against the South African system of apartheid. I spent a summer canvassing for ACORN (Association of Community Organizations for Reform Now) in my hometown of Memphis, TN. Since then, I have been active in supporting Planned… Parenthood. After the 2016 and 2020 Presidential elections, I was done with the do-nothing duopoly. The People’s Party offers a path to break free of corporate grip on our political system and the opportunity to build an agenda that works for the 99%.” Read more “Done With The Do-Nothing Duopoly” 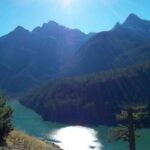 The poisonous notion that the most we can hope to do with our votes is damage control necessarily leads to ever-worsening political options and outcomes. We deserve more. I’m not sure what other evidence people need that the Democrats will never fight for us than the fact that, time after time, they immediately abandon all their campaign pledges once they’re in… office and get down to business doing nothing. The strategy of smuggling progressives into Congress on the Democratic Party ticket has failed, and instead of doubling-down, we clearly need a new strategy—and a new party. The old parties are both unwilling to meet our needs and are completely beyond redemption. We can and must do better. Read more “” 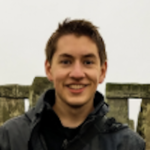 “I’m becoming increasingly worried about the fragile state of our nation, and it’s clear that our current political system won’t offer the right solutions. It’s time for an alternative to our broken corporate duopoly and I want to be part of the journey to create a party not for Goldman Sachs, Raytheon, and ExxonMobil, but for the people.” 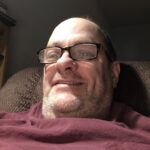 “I’m a 2nd-grade teacher who’s joined the People’s Party because we need a duopoly alternative immediately. Our government fails to meet the material needs of a growing number of people. Elites won’t acknowledge the real situation, and things are getting worse fast. Like Nick Brana says, we need an exit door. An alternative to fascism and austerity.” 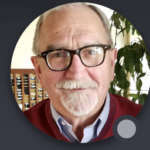 “I have always shied away from partisan politics, but have long recognized that we must find a way to transcend the partisan divide and duopoly control.  The People’s Party presents the opportunity to heal our broken nation by focusing on our shared Vision of the future we all long for.” 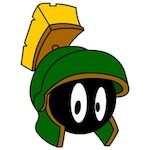 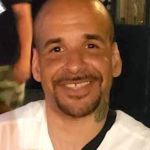 “My reason for being in the People’s Party is my 17-year-old daughter. She is lacing up her adult shoes and getting ready to use them in this unforgiving world. A world I brought her into. In reality, that goes for all of our youth. I believe the People’s Party is the best avenue to finally create a better world for… all our children. So let’s make sure we pass on a bright light to guide my baby and our collective youth, in all their splendor. I encourage you to join WPP with one mission in mind: To Make America Great FOR THE FIRST TIME EVER!” Read more “For Our Children” 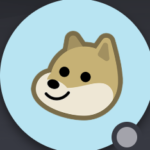 “I joined the Peoples Party because I believe in upholding education as a human right. No person anywhere in the United States should be denied education of any form and should be able to be in a community that fosters that growth by any means.” 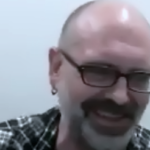 I started volunteering to build a new, major Party of the People last year when the Democrats refused to even put a $15 minimum wage in their platform! I knew then, beyond a shadow of a doubt that Democrats, just like Republicans, had no interest in fighting for the people. And since it was clear that both parties in the… duopoly had been captured by the wealthy corporate elites in this nation, I knew that I could never again vote for any candidate that identified with either of those parties. So now I’m working to help build a voice of the people here in Washington, and Nationwide! Helping to create a party that is people-powered, people-focused, and people-funded… a party dedicated to enfranchising all of us who are fed up with this system! Fed up with the wealthy corporations stealing our value; fed up with a government that only watches out for the wealthy; fed up with a nation that refuses to value or listen to its people! It’s time to build a party for us, a People’s Party! Read more “” 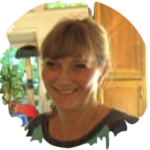 “I am a child of the 60s and worked to end the Vietnam War. We ‘did that,’ but at that time we did NOT address the reality that the system was broken. I’ve been waiting for The People’s Party for 50 years and am thrilled to be working for this movement with people I consider to be the cream of… the crop!” Read more “What I’ve Been Waiting For” 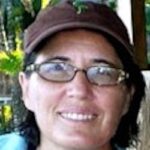 “I shudder to contemplate the next Presidential election if our only choices are Biden and Trump types of candidates. For decades, regular Americans have had no political party fighting for them. Increasingly people are desperate for an alternative to the two-party corporate-dominated duopoly. The People’s Party gives regular Americans a loud and clear voice. It supports candidates, policies, and a movement that will force the government… to take significant actions that benefit regular folk, not big corporations. I am proud to be a volunteer and member of PPOW.” Read more “Let’s Shatter The Political Establishment’s Complacency” 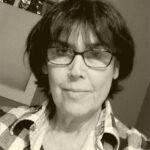 “I’ve been so fed up with money in politics and the corporate domination of our government and country. I was ready for a party that puts people and the planet first–and the People’s Party does that. I’m thrilled to be collaborating with folks who share my values and concerns as we all work for real change.” 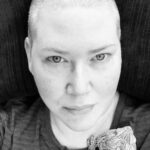 I started volunteering with PPOW because I could no longer sit around worrying and complaining, but not doing anything. I had tried Green Party, DSA, etc., but I wasn’t finding the level of activity and forward motion I needed. PPOW was ready to build a state party, as well as join a national coalition of other parties and organizations looking… to build a true party of the people. I found people who were also tired of the inaction and ineptitude of our current system, and who were ready to get involved and either end the corporate duopoly, or die knowing that they had at least tried. I cannot think of a better way to spend my time and energy than by trying to make this world a better place for my children. Read more “”

Find Out More About Us

The People's Party of Washington (PPOW) is a committed group of volunteers who are creating a new kind of political party. If you like what we are doing, please join us in creating a successful people-first major party.

How To Get Involved

Explore how you can get involved in making PPOW a successful party.

You can make us stronger.

Get answers to common questions about the People’s Party.

We welcome your questions.

Come to one of our meetings!

The People’s Party of Washington (PPOW) is developing its intial platform right now.

If you want a voice in our first PPOW platform now is the time to join PPOW.

You can learn about the backstory and current efforts to create our platform by clicking the button below.

Learn About Our Platform Process